Dr. Royal Lee and the most successful practitioners of his time had long believed that disease was nothing more than malnutrition left untreated. Dr. Royal Lee (the founder of Standard Process) realized that a heart sound-recording device could be beneficial for observing the effects of nutrition on the heart. In the late 1930's, he purchased a heart-monitoring machine from a company in California. Based on the concept of this machine, he invented and patented a unique radio frequency microphone with no crystal that was capable of hearing only the very low frequencies of the heart valves while excluding any other sound emanating from the body. This radio frequency microphone was the primary component of his new machine, which was specially-equipped with graph paper, a stylus, and one of his governors that regulated the speed of the graph and stylus to a twenty-fifth of a second.

Dr. Royal Lee named this phonocardiograph the Endocardiograph. He established the Endocardiograph Company and began selling the device in 1937 to chiropractors and medical doctors. The endocardiograph was designed to provide a means to measure nutritional status. Dr. Lee and others determined that the heart almost instantly reflected changes in the body chemistry. Thus, the endocardiograph provided an objective evaluation of health and a permanent record for charting progress.

The Endocardiograph amplified and recorded both audible and inaudible heart sounds as the blood moves through the various chambers, valves and vessels in less than five minutes. The graph signature reflects the opening and closing of the valves, the contraction and strength of the heart muscles, and the efficiency of the movement of the blood, thus giving a clear view of heart function. It allowed health care professionals to record the location, duration and intensity of murmurs and to hear variations from normal sounds that were too slight to be detected with a stethoscope. The endocardiograph technology was used to develop what is now known as the Acoustic Cardiograph (ACG). Now with a Littmann electronic stethoscope the comparison to the ACG is going from a model T to a Bentley!!!

In contrast , the Electrocardiograph (EKG) records only the surface electrical impulse as it moves through the nerves of heart tissue. The EKG primarily indicates if the heart tissue (or nervous tissue network) has undergone any trauma or permanent damage on an electrical basis. It will not discriminate valvular function, muscle efficiency, nutritional deficiencies, etc.

Dr. Royal Lee was able to establish nutritional deficiencies observing the heart graph abnormalities and it almost became a lost art, until technology caught up with his genius. (Most endocardiograph's are in doctor's basements without use due to them breaking and not finding someone that can inexpensively fix them).

Once again, the practitioner is now allowed to evaluate the patient focusing not on the degree of the existing damage, but on prevention and supporting the patient to achieve well being. 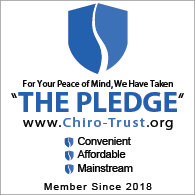 Why Us
Your First Visit
Meet The Doctor